So as I did searches and some more for the letter L, I realized that ‘L’ is kind of a mother lode of poetic forms. I could easily make a long list poem with it and will most likely attempt one in the future. But since I hope to keep the forms to my Poetic Sundays series, today’s post is about something else I discovered — The Lake Poets. I wanted to add a twist, so this will be a brief introduction to the Lake Poets and their “Lake Poems”(!)

This post contains Amazon and other affiliate links, that at no additional cost to you, I may earn a small commission. Please see the full disclosure for more information. I only recommend products I would (or have already) use myself.

The Lake Poets and Their “Lake Poems”

So Who Were the Lake Poets?

The Lake Poets were a group of English poets who all lived in the Lake District of England, United Kingdom, in the first half of the nineteenth century. William Wordsworth, Samuel Taylor Coleridge, and Robert Southey were the three main Lake Poets. These three poets became the central figures of what became known as the Lake School (not really a “school” but more so because they did not adhere to any particular or existing “school” of thought or literary practices). Some of the other poets and writers associated with them (and the Lake School) included Dorothy Wordsworth, Charles Lamb, Mary Lamb, and Hartley Coleridge.

While the term, ‘Lake Poets,’ can be attributed to these poets being from the Lake District, the name itself was first used as a derogatory term by their critics. One such critic, Francis Jeffrey, reputedly called them, “the School of whining and hypochondriacal poets that haunt the Lakes”. Despite this, both Robert Southey and William Wordsworth were Poet Laureate of the UK.

The Lake Poets represent the first generation of English romantic poets, and definitely established a foundation for other poets of English Romanticism. Nature was a big source of (sublime)inspiration for these poets, as can be seen in their poetry. They firmly believed that a close relationship with nature was very important and that modernization or art should not be done at the expense of nature.

So How Did They Come to be at the Lake?

William Wordsworth was born and brought up in the Lake District, as was his sister Dorothy. While he left the area to study in Cambridge, he later returned with his friend Samuel Taylor Coleridge as part of a walking tour. It was then that he chanced upon Dove Cottage. Soon, he and his sister settled there. After a few years, they moved to another place called Rydal Mount (still in the Lake District) which was William Wordsworth’s home until his death in 1850. 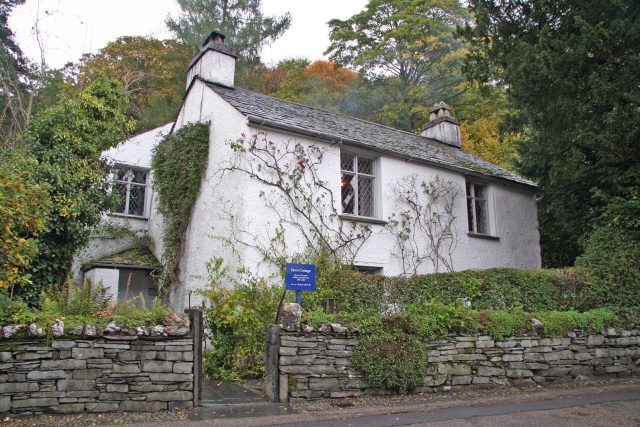 Coleridge and Robert Southey also moved the area a little later, and lived at Greta Hall (a few miles away from Dove Cottage). While Coleridge lived there only for a few years, from 1800 to 1804, Southey lived there longer (1803 – 1843) and ended up being identified as the central ‘Lake Poet’. 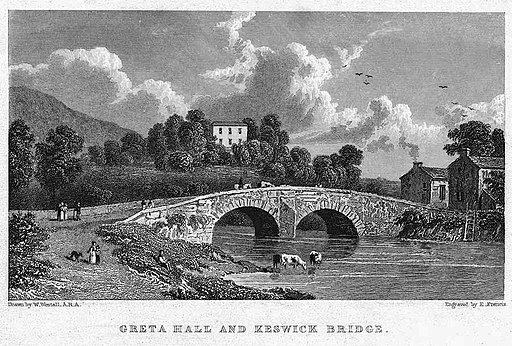 The poets often visited with one another and took long walks in the area, that no doubt lent a lot of inspiration to their works. Other poets and writers who were influenced by these three figures followed them to the Lake District and lived there or visited for various periods of time. And based on all the photographs I see, the Lake District is indeed worthy of the adoration of these writers who craved inspiration from nature!

On a related note, I discovered that there is a band named The Lake Poets who take their inspiration from these Lake Poets! You can read more about the band in this BBC news article.

Below are a part of some of the poems by the Lake Poets that reference lakes! Wordsworth certainly has a great many such poems. Do let me know if you of any others by the other Lake Poets as well.

“I wandered lonely as a cloud
That floats on high o’er vales and hills,
When all at once I saw a crowd
A host, of golden daffodils
Beside the Lake, beneath the trees,
Fluttering and dancing in the breeze…”

“Far from our home by Grasmere’s quiet Lake,
From the Vale’s peace which all her fields partake,
Here on the bleakest point of Cumbria’s shore
We sojourn stunned by Ocean’s ceaseless roar;”

The Cataract of Lodore by Robert Southey

“From its sources which well
In the tarn on the fell;
From its fountains
In the mountains,
Its rills and its gills;
Through moss and through brake,
It runs and it creeps
For a while, till it sleeps
In its own little lake.”

Laughing Out Loud, I Fly

Description:(excerpt): Juan Felipe Herrera’s vibrant poems dance across these pages in a dazzling explosion of two languages English and Spanish. Skillfully crafted, beautiful, joyful, fun, the poems are paired with whimsical black and white drawings by Karen Barbour. The resulting collage fills the soul and the senses, hot and peppery, good for you and celebrates a life lived between two cultures

Creative, a little (well, sometimes more than a little) confusing, unique poems that are an experience in themselves. As I read the poems, it was like watching a bubbling, exuberant, vital spring of words came bursting forth onto the pages. The words come flowing fast and lively, and I was caught up in them, trying to make sense, while still able to feel the pure joy of creativity.

I have read Juan Felipe Herrera before, which was one of the reasons I picked this book; and also the reason why the style did not throw me off. It is different, certainly, but in a wonderful, gratifying way (at least for me)!

While I don’t know Spanish myself, my teens do and they read those poems out loud. It was a delight listening to them read these poems (one, simply because I could marvel that they know a language I don’t; and two, it is always wonderful being read out loud to!)

As for the English versions of the poems, I totally enjoyed them.

In a brief afterword, Herrera writes, “At the age of seventeen, in a San Francisco bookstore, when I first opened Picasso’s tiny book of poems Hunk of Skin, I was immediately bathed in sunlight.” And he also hopes that his own words and poems could leap like Picasso’s poems that are (like Picasso’s paintings), “faces, flavors and places from different worlds… brought together in quick strokes of color and imagination”. [I now need to check out Picasso’s book of poems!]

A wonderful amalgamation of words, languages, cultures that will delight the reader’s senses!

Dear reader, as always, and always, I welcome your thoughts and suggestions, as well as recommendations. Have you read the featured books or any similar reads?

You can find all my A2Z Challenge Posts here.

6 thoughts on “The Lake Poets and Their “Lake Poems””